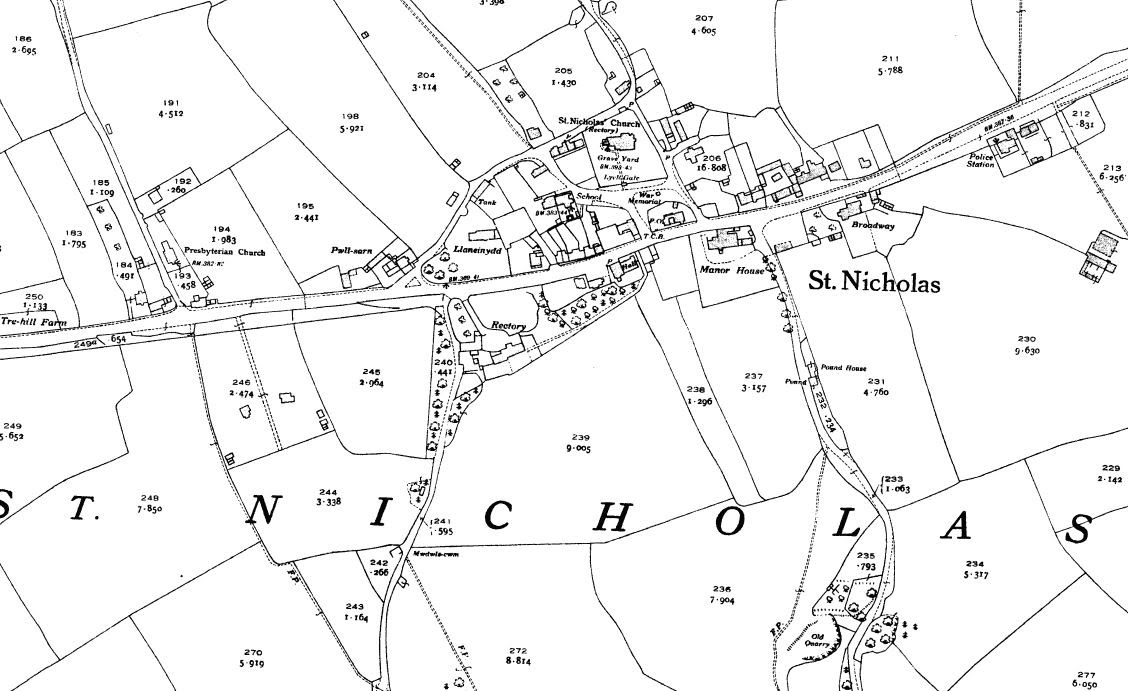 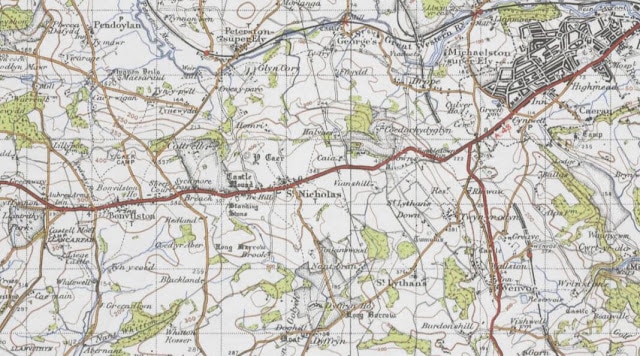 The image used in creating the map:

Ordnance Survey reveals that the basic footprint of the settlement underwent little alteration. The infilling and expansion carried out from the mid-20th century was to be more extensive, beginning with the construction of 24 new homes at the newly created Dyffryn Close and Button Ride.  Situated opposite the old quarry and reached via Duffryn Lane, the houses were erected by Cardiff Rural District Council during the late 1940s to provide the community with further rented accommodation.

The development of state housing by the Cardiff Rural Districat Council during the fifties and sixties, sought to consolidate the large community that had developed. The housing is set principally to the south along Duffryn Lane. 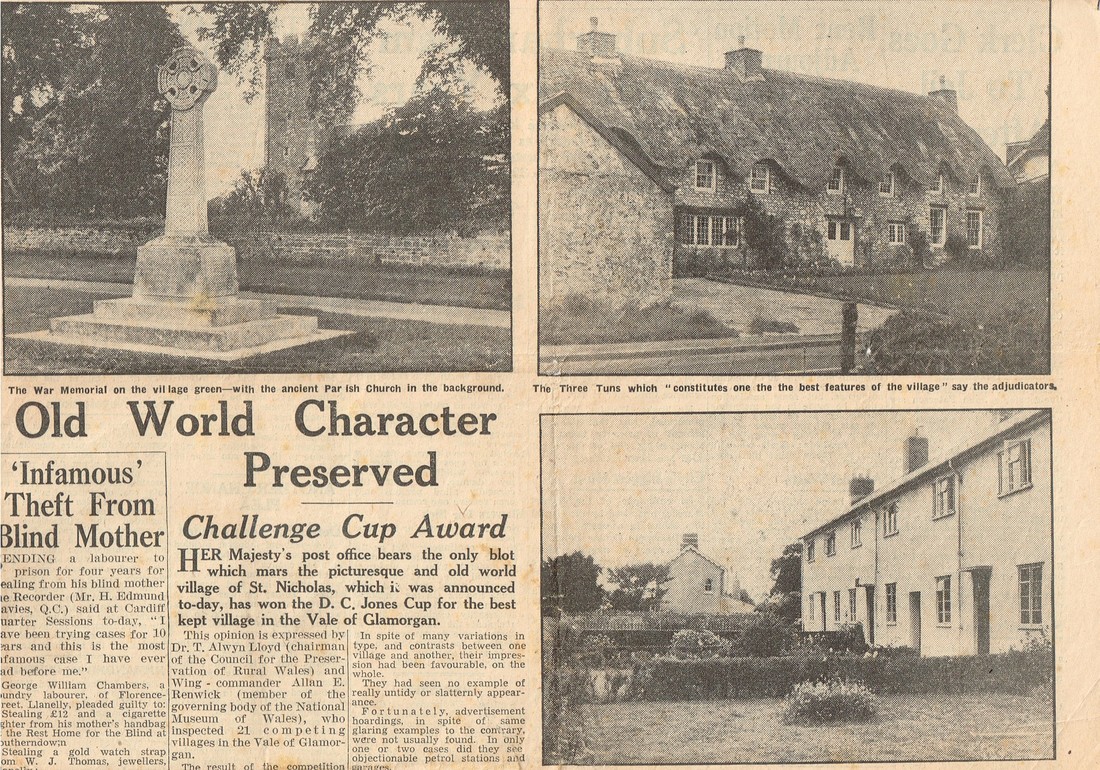 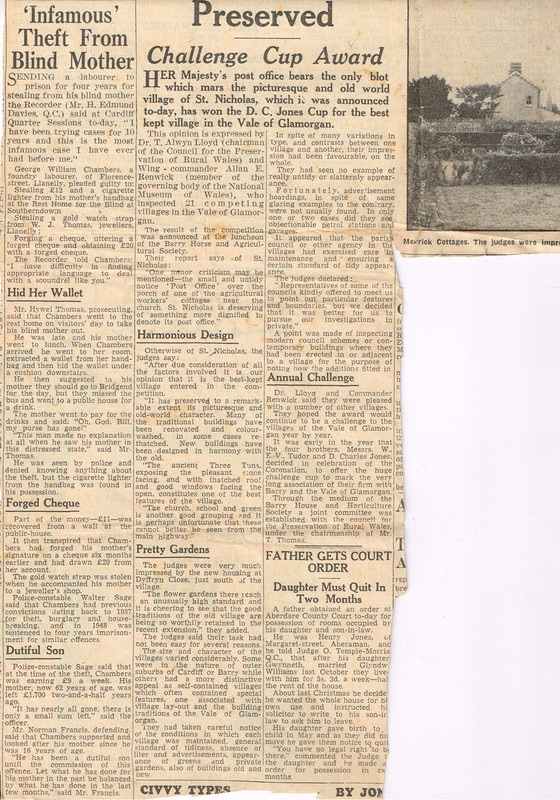 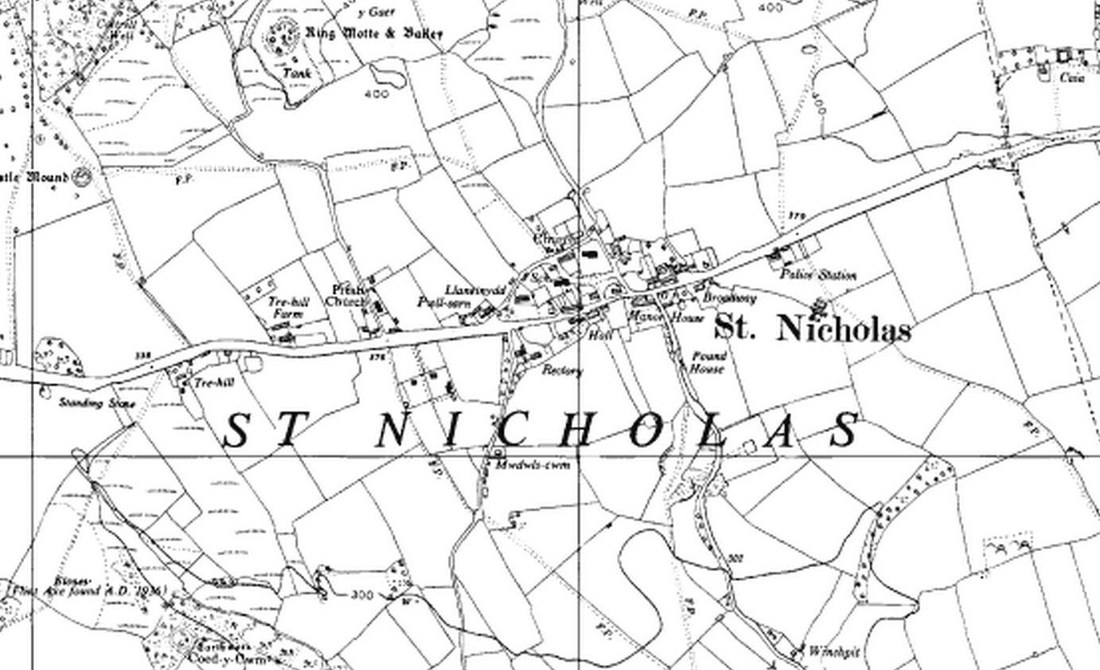 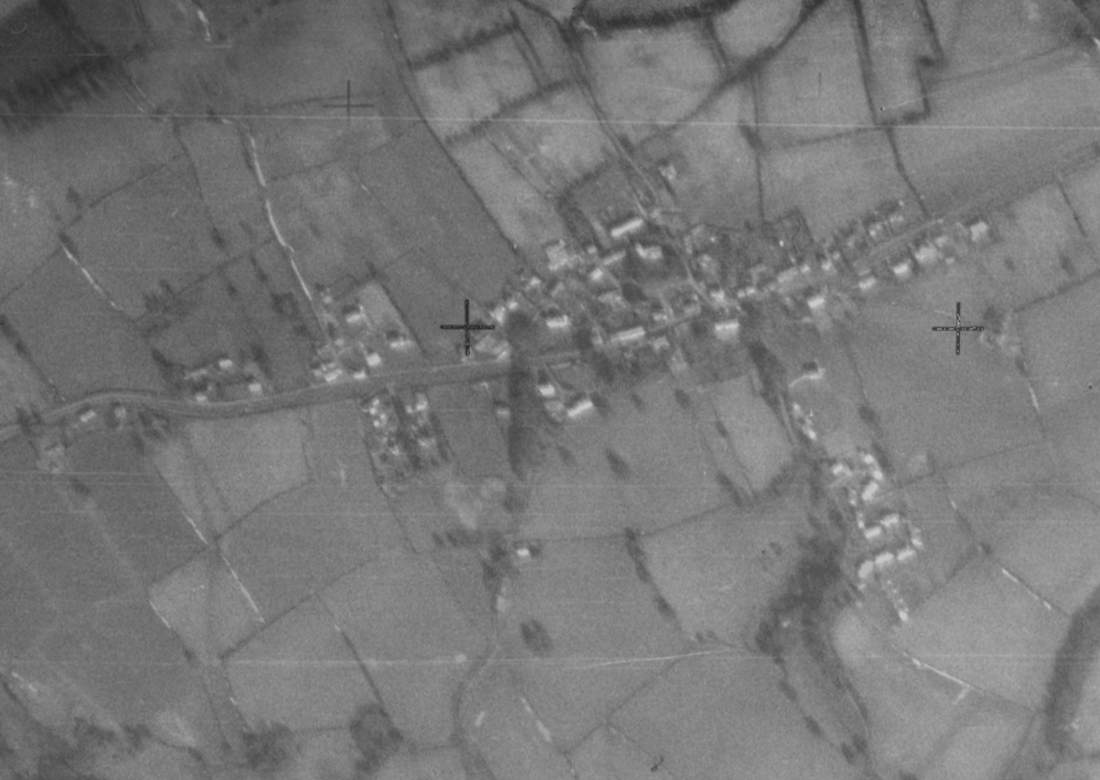